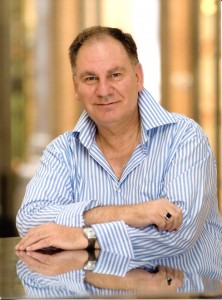 Life is a great library. It's up to us to read the right book.

He was born in Athens where he spent his childhood. He finished High School and the Public School of Theatre in Greece. Right after, he settled down permanently in Italy. He is a Greek-Italian citizen. In Italy, he continued his theatrical studies at the National Drama Academy of Rome. He studied Law at the University of Naples. Additionally, he obtained the Bachelor’s Degree of “Literature and Philosophy” from the University of Salerno in Italy. He worked on Silvio Berlusconi’s television channel TELEUROPA in Naples presenting a “talk show” for some time (from 1978 to 1983). In 1997, he created the “Philosophical Show”, a performance with prose, music, singing and philosophical satire. He has presented the                    “Philosophical Show” at theaters and major Art Halls of Italy and Greece for many years.

He has written scenarios and scripts for television series that were very successful. He co-worked with RA1- Italian Television as Producer of Musical Programs. He is a composer and song writer of many songs which he, known Greek and Italian singers sang.

Since 1996, he started to engage in the writing of literature books. He is the author of 7 literature books which became successful in Italy and Greece. In May 2014, in Italy he released his new book, a detective love novel “Doppie Vite” (Dual Lives) published by ROBIN www.robinezioni.it  Soon this book will be released in Greece also as foreign literature. In 2010, in Italy he released a philosophical dissertation with the title “Dritto al cuore della vita” (In the Essence of Life) by the publishers GRAUSEDITORE www.grauseditore.it  This book was awarded by UNESCO and it was an honor for the author to present it in the Italian House of Parliament – sponsored by the Italian Parliament whilst being honored by the representatives of the Italian Parliament. In addition, he presented it in the “Royal Palace” – San Ferdinando of Naples. This book is on the Greek market with the title “Stin kardia tis zois” (In the Essence of Life) published by PYRINOS KOSMOS www.pyrinos kosmos.gr Two more books of the writer are on the market published by PYRINOS KOSMOS: “Synehize na Synehizeis” (Continue to Continue) and “Synehize na Synehizeis…i Syneheia” (Continue to Continue…the Continuation) and were a great success. He also wrote a philosophical novel “Mia zoi prin” (A Life Before) which was published in Greece by the publishers ALKYON www.alkyonp.gr  This novel received the award of “Modern Novels” by the Ministry of Culture.

Costantino Salis has received many honorary distinctions for his written works. The Ministry of Foreign Affairs has awarded him along with other distinguished Italian personalities living abroad at a special ceremony with the Award: Italian Protagonists of the World.

He divides his life between Rome which is his permanent residence and Athens. He does presentations of his books in different cities of Italy. Simultaneously, he presents the “Philosophical Show” which thousands of viewers have watched. Two of his books will shortly be on the market in England, America, France and Turkey.